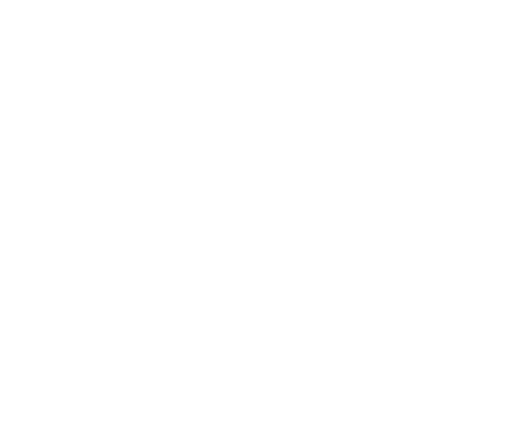 The calendar of Tealya starts from the explosion of the Blue Moon. We are 100 years after that event. A year is made up of 12 months which is how long it took for the last Moon Stone to fall from the sky, according to stories.

One hundred years ago, the Blue Moon of Tealya was torn to pieces by a mysterious event. The smaller fragments fell from the sky, and can now be found all around the world. People call them "Moon Stones".

There are a lot of legends around the stones, some may be just stories, some seem to be true. People say that during the years majority of those stones acquired unique powers, some people are sure that with the rarest stones you can acquire immortality, others says that with with other rarest stones you can get all the gold of the world, those are some of the reason why everyone wants to get them, even if they will probably not tell you.

The few stones found around during the years are in the hands of the most powerful people of Tealya, some are securely stored into the Central Sargan Bank of Venetyr, far from the eyes of the population. But in the past few years, attracted by stories and legends, more people started to look for them. Some people seem to be willing to do anything to get their hands on a Moon Stone, even risk their own lives... and not only theirs.

Tealya is a big and variegated world, still with lots of undiscovered areas. There are some major Empires that dominate the west part of Tealya. Empires are subdivided into smaller counties and every county is subdivided into different Cities, Baronies, Villages and Lands.

One of the most important Empires of Tealya is the Sargan Empire. The Empire has been ruled by the Gilspie dynasty since the dawn of time, and the actual Emperor is Holden, son of Hector Gilspie, one of the greatest Emperors that Sargan ever saw. Holden is a middle aged man that took over after the death of his father, a few months ago. Nobody knows yet how the Empire is going to be with him, but he made it clear, even before he was the ruler of Sargan, that his biggest dream is to make the Sargan Empire the most important, big and influential of the whole world.

Nowadays The Empire is big, but not the biggest. Venetyr is the capital and almost everything runs around the main city, the Emperor seems not happy of what some of the current vassals are doing and he may think to change them at anytime, also, looks like a lot of abandoned and unproductive little town and villages around the Empire are causing to the Emperor other daily problems that he wants to solve in the immediate future, starting from the area around Venetyr, that has no other cities or relevant baronies or villages.

The Empire of Vastrania is the closest to Sargan, ruled by the Emperor Ludvik Rabaniston. Vastrania is an empire that expanded a lot of its boundaries in the last years, especially with the conquest of the Kingdom of Schalia and some other lands. There is a secret rivalry between Vastrania and Sargan, but they never directly had fights, even if nobody can't guarantee that this is not going to happen in future.. especially after the lasts "misunderstandings" during the war against Schalia, that had a commercial route with Sargan, interrupted from the Emperor Ludvik.

Parisia, Lucrinya and Valarya are three independent Kingdoms of Tealya, outside the boundaries of the two Empires, they are very different and particular places. The Kingdom of Parisia lives under the wise guide of King Valeran, it's a prosperous reign, where luxury and happiness are all over; the rich merchants of Parisia are known all over Tealya, and they travel to the closest (and not) Empires and Kingdoms looking for Moon Stones or other rarities, even joining adventures and putting their own lives in danger. The Kingdom of Lucrinya have a different scenario, the chaos is total, bandits all over the reign are in charge of anything. King Afreith is an anarch that took over killing King Scrator, his uncle. The bandits and thieves of Lucrinya are a danger also for the closer Empires and Kingdoms.

The Kingdom of Valarya is known as the "Reign of Perennial Fog", the most mysterious one, invalicable boundaries, an unknown King, a ghost place looking from outside, but people says that someone was actually able to enter, but also that they never came back. A strange light blue fog wraps the whole Kingdom, nobody knows how big it actually is and nobody has more information about this Kingdom, the name itself is taken from old manuscripts that mentions "Valarya" as one of the most beautiful places of Tealya, located not far from the "white expanses", no other places known in Tealya nowadays has that name, so historians assumed that this was the name of this mysterious kingdom.

The "white expanses" are in the west area of Tealya; a cold, inhospitable and mostly inhabited place. "People from West" are known as Westyokel, but there are different populations, the most known are the Dunk'r, with their cities and villages on the cold west mountains. The East area tends to be hotter and it changes from big green plain and hills, big deserts, other empires and kingdoms and it stops when it reaches the sea. But most of the people of Sargan just heard about those areas and never actually saw them.

Around Tealya there are portals that are connected to other dimensions. Stories say that the oldest portals came out after the blue Moon explosion, others say that portals are there from way longer. What is known is that through those portals people and creatures from other dimensions and even from other timelines, joined Tealya, but nobody is able to say how and when this happened, not even who experienced it. This is another of the mysteries of this world. The only known portal in the Sargan Empire is located not too far from Venetyr. It is known as "Snakey Village" and people coming from there are called "Snakey" in a derogatory way. Snakey in Sargan are considered rejects and they are kept away from the main activities of the Empire, even if they are an useful resource, being the first bulwark against creatures that joins through the Snakey portal. But nobody will ever admit this.

An endless number of creatures are all over Taelya and they are part of an ecosystem that can potentially let people discover new things everyday. Some of the worst dangers for people of Tealya are monsters and creatures.. hordes of orcs, goblins but even demons, witches and so on. Most of the creatures are led and guided from the Obscure Tyranny ruled by Honocrium, a mysterious entity that nobody saw or that nobody was able to say around to have seen him.

Tealya has three known divinity: the Goddess Aurelya, the God Zhemit and Vita which is the spirit of the nature. The cults are recognized as the "Aurelyanism" the "Zhemitism" and the "Vitaenism". Other minor cults are all over Tealya but they aren't officially recognized and, for now, they are less influential. Aurelya is the Goddess of peace and prosperity and she fights against the darkness, represented by Zhemit. The army of Zhemit in Tealya is ruled by Honocrium and his legion, the mysterious entity that nobody ever saw; stories say that he is the firstborn of Zhemit itself, but that is not confirmed.

Goddess Aurelya in Tealya is represented by her Light Knights' that are sent on Tealya directly from her to fight the army of Honocrium and to stabilize the peace, at any cost. Akendaar "the first Knight" is the Master Knight, after Faklas, the previous Master, was killed by Honocrium. People of Tealya can just hope that he will be as good as his predecessor, who defended Tealya for more than 385 years. The biggest temple of Aurelya is located in Venetyr, everyday hundreds of devotees go to the Temple to bring their regards to the Goddess and hoping for a miracle, offering Gold Teals or valuable things as a pledge.

The Zhemitism instead, even if recognized, is forbidden from the institutions of Tealya; the cult is celebrated in clandestine and secret places around the world.

Devotees of Vita believe in the balance of everything, they follow the spirit of nature and their cult is mostly celebrated into forests, falls, and other places far from the main cities.

Most of the people of Sargan never saw any place other than the Sargan empire itself, the empire of Vastrania and the two Kingdoms of Parisia and Lucrynia. Borders of the empire are under constant attack of bandits, monsters and scary creatures, this makes it very hard to move too far from the safe areas. But something seems like it is going to change under the rule of the new Emperor, he always wanted to explore, find new lands and territories or even cross the sea itself, things that nobody did in the past 100 years. Seems like he is rallying fighters, magicians, governors of cities, vassals and even common people to start the exploration of the world of Tealya, to make Sargan the first Empire to discover the "end of the world" or to find the sea again. Who will be so brave to join them? And what will this bring over the Empire and the whole Tealya? Vastrania and the other kingdoms will just look, will they join? They will fight Sargan? And what will happen with the forces of Honocrium being so close to the empires? And will people start to find more Moon Stones?

...by you! The lore will be updated with player actions. Joining adventures, discovering new places, participating in epic fights. Names of Mooners taking part of this will be mentioned and printed forever in the history of this game!